Which brings me to this edition’s topic – sport.

Recently however, sport has crossed the boundary line with politics. While the use of social messages isn’t new – the way sports authorities have dealt with it is new. And so – I am a little divided. For someone who normally writes politics and business, sport has become an escape because it provides viewers with human drama and a reason to barrack for something else apart from family.

In recent times however, it’s been hard to stomach watching sports anymore. In fact, I’m amazed I’m still watching a descent amount of the stuff – but then again, most of my sports following doesn’t boot up again for another week (when the hockey returns).

When the AFL changed the banner at its national headquarters in Carlton North, it signalled a change in Australian sports. 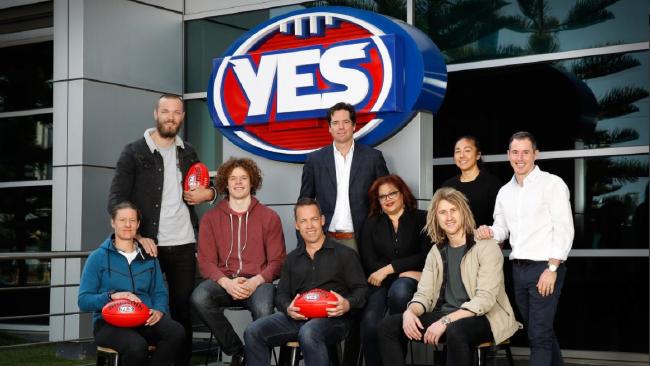 Marriage equality is Australia’s biggest (and most saturated) story of 2017 – and the AFL changing its banner met two varied and vocal points of view:

“Who gives you right to tell people and put on the football what people should do?”

And then of course, Case Dos:

“[The sign] is only there until Thursday, so if you want a selfie with it you’ll have to act fast.”

I thought it was personally ridiculous when we started having this postal vote – and the fact that our Parliament cannot work for its people before its party views. But to see this debate flood into sport makes this debate seem far more over the top and unnecessary than it needs to be. Having said that, I understand that the AFL – and much like most other sporting bodies – have to demonstrate that they are supporting equality and diversity, as is in their charter. The NHL has done this for the past couple of seasons – using a “Pride Night” promotion in collaboration with the You Can Play project. Their small role was to use rainbow-decorated hockey sticks and encourage small messages from star players about the importance of being inclusive: 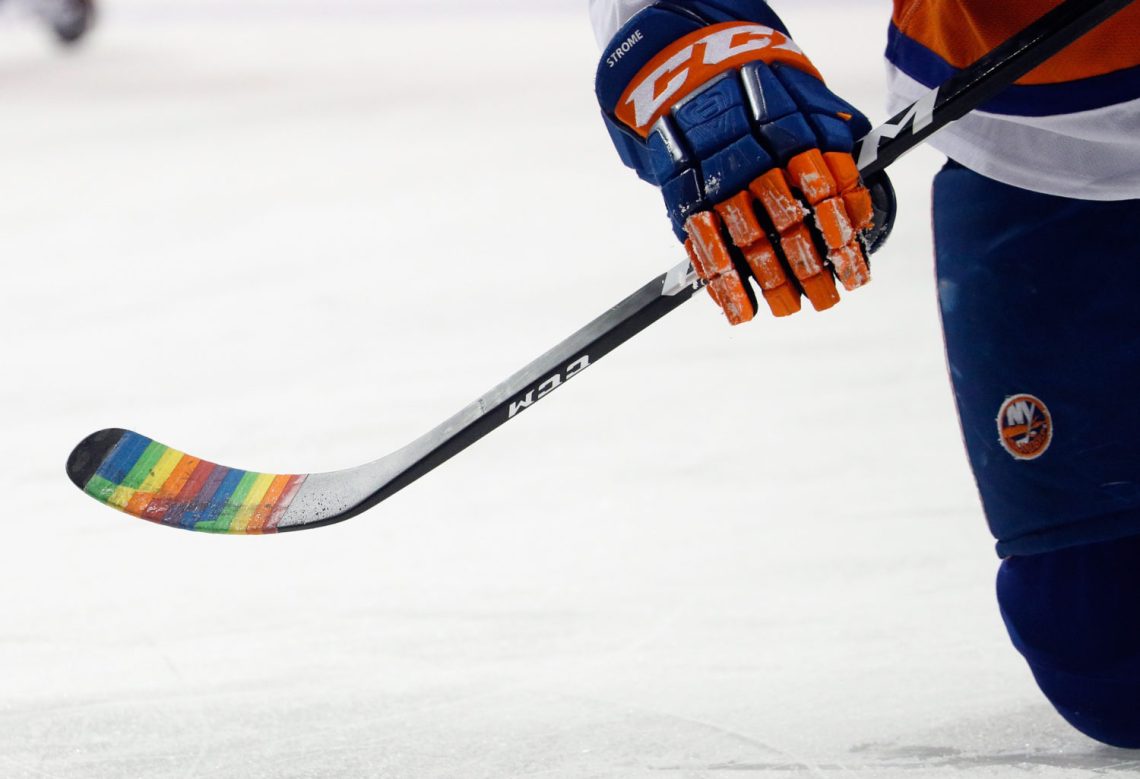 Now…what’s the difference between what the NHL and AFL’s messages? Simple. One went over the top – and one kept it at where it needed to be. Both organisations (in my personal belief) are right to dedicate time to these issues – but only one kept the issue at a level that did not entirely disrupt or blow up the issue beyond sports.

Personally, I have no problem with those who either support or negate marriage equality. These kinds of votes can only come down to personal experience and your perception of relationships with others. But the NHL is more on the right with this kind of an issue – it’s unnecessary to have to change your entire sign and have entire clubs sign charters in support of something that should not be dictated by any one organisation. What the NHL did in this case was to provide a mellow but important message – and that’s more effective than blasting a sign and attracting criticism from all sides of the media, politicians, YOUR OWN clubs and more.

But it’s not just marriage equality where the border has been crossed. Unless you’ve been living under a rock this past weekend, you would know that many players in the NFL knelt before the Star Spangled Banner as a sign to President Trump that they are not happy with his work. You may also be aware that star NBA-er Stephen Curry has denied an invitation to go to the traditional White House we-are-the-champions-no-time-for-losers gathering. And THAT attracted this:

In fact, LeBron James is now joining Steph – and all the frustrated, kneeling players in the NFL in criticising President Trump. In turn, they decide to distance themselves from the national anthem and even the OFFICE of the President. Now while it’s true you may not be happy with how he is doing things or how is performing in his work – I’m not sure that social media fuelled actions are the way to go.

And just like S.L. Price’s column in Sports Illustrated, it is true that it’s not every day that American sports are in a war with President Donald Trump. However, none of this could have happened if sports mixed with politics. As I read on Twitter recently – you go to the football to watch the football. You go to a game with your friends to watch a game with your friends. You don’t go to see a big “Yes” plastered sign on a wall – or for that matter, end up in a war with the President which means that players have to protest on foreign soil to get viewers to listen.

“Personally, I think the comments made about my brothers who decided to protest and kneel is kind of what made us no longer be silent.”

Suggs, speaking to ESPN after their Wembley/London annual outing

If you’re wondering why sports viewing ratings have dropped or why the NFL now has to turn to Facebook as a game viewing platform, I genuinely think it has partly to do with issues beyond game screening times or network decisions. Viewers and spectators of sport came, viewed and want to – in future – see a GAME being played between PLAYERS so that human DRAMA can be created. Sport is an entertainment platform – but it’s not Hollywood. Politics has already crossed into Hollywood – and that’s their business.

P.S. I can’t end a sports post without rooting for my Los Angeles Kings when hockey gets back to regular season soon. And yes – I believe it’s not a playoff year yet – but there are plenty of opportunities to make us one this year if we just SCORE.